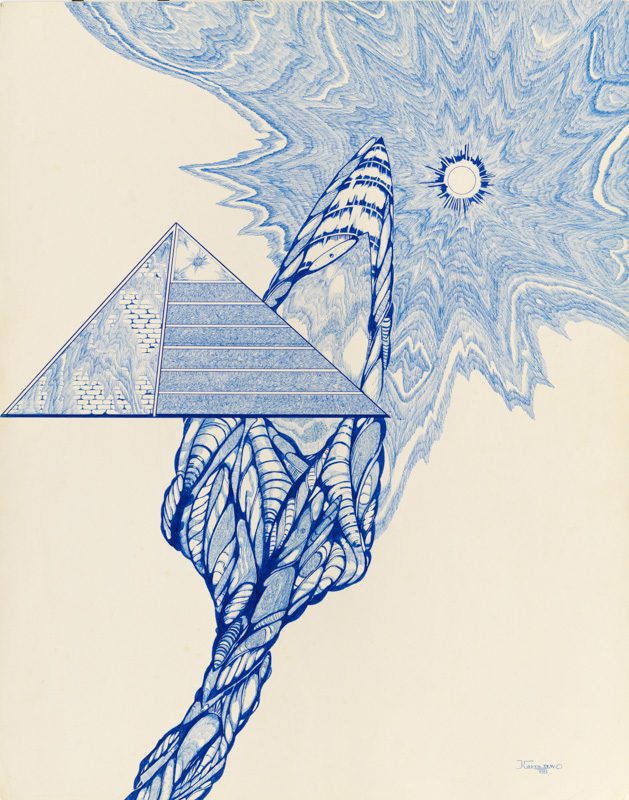 On and on the story goes

From the constellation of Orion to the continents on Earth

structures to puzzle our minds

and to mesmerize us at what we see.

They duplicated the stars of the heavens

in dozens of locations on the Earth to see.

W search, we study, looking for clues for who and why.

Endless debates and many theories

the answers are elusive.

On mountains and under the oceans,

on great plateaus and mountaintops

the monoliths are found.

What happened in the past,

in an age long lost,

We see the stones and what they mean

but we are unable to understand their dream.

It is important for us to know

the reasons why the stones are so.

Our hunger is never quenched

unless the truth is laid to rest.

Why they bring the heavens down below,

that much we must know. 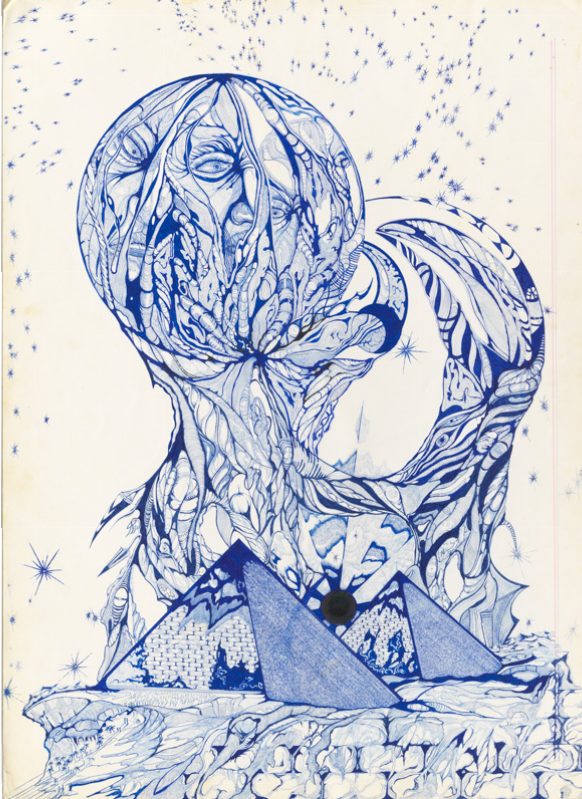 Nephelim means “The fallen ones” in Hebrew.

They are the offspring of strange flesh;

a sexual union between the sons of Elohim

and the daughters of men.

Shocking, but all evidence points to this truth.

It is so supernatural and strange

and difficult for us to understand.

The sons of Elohim can only describe messengers,

since there is no record of female messengers.

These creatures did not keep their own principality

but left their dwelling place and went after

which were described in ancient myths

as heroes and men of renown of old.

A super race of supermen in our eyes.

In addition, the Nephelim were corrupting

Why would they perform this act or take this action?

A clue is given that tells us why.

“And I will put enmity between you and the woman,

And between your seed and her seed,

He shall crush your head,

And you shall crush His heel”.

This pronouncement was declared and

it will echo down through history.

This was a proclamation of defeat for

the son of the morning. 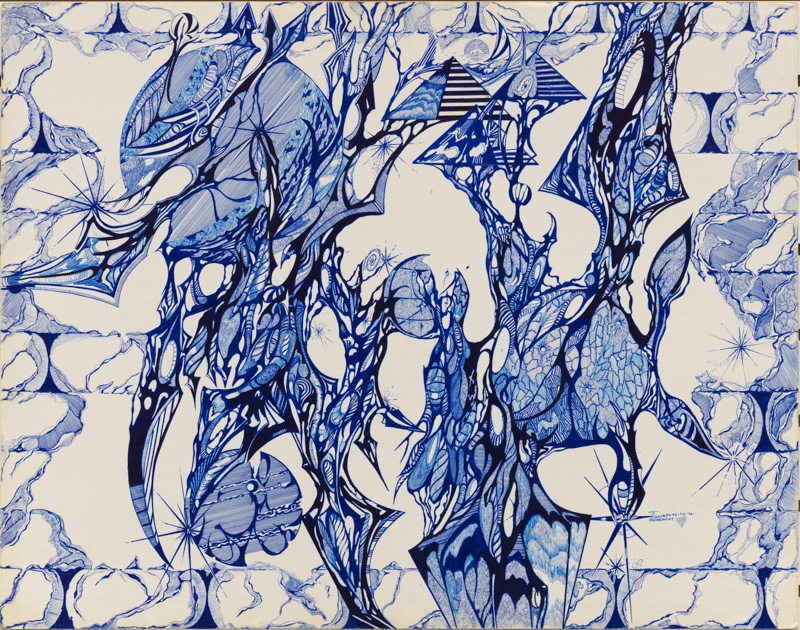 I will put enmity between your seed and her seed.

He will crush your head and you shall crush His heel.

A promise of defeat

The son of the morning initiates a plan into action

to corrupt the DNA of the human race

to prevent his defeat.

In their dominion of the earth and

their ability to reproduce rapidly,

extinction of the human race will be achieved

All flesh on the earth had been corrupted and

there was only one way to stop

the attack on the human race and that was

to flood the earth for seven months.

First to destroy the Nephelim Giants,

Second to punish the messengers who

and to save humanity from extinction and

preserve the human race and its bloodline

for the coming of the Master to save us. 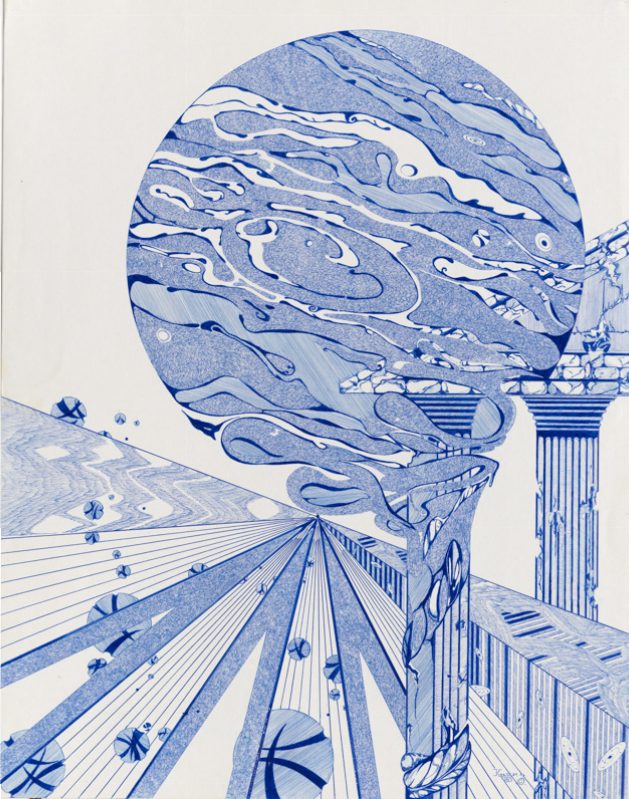 In the dispensation of the Titans

there was glory, fame and power.

Who has not heard of these men of renowned demigods.

The exploits of these creatures is detailed in

the myths and stories of the Hellenists and other cultures.

Did these people create fictional characters to worship

or were they recording events that took place?

Why would they create such detailed biographies

of these Supermen and their incredible abilities?

Mount Olympus was their home

Where did they come from?

Are they from a parallel dimension or messengers (angels)?

This is the genealogy of these Titans,

URANOS, which means sky or heaven in Greek, and

GAIA, which means earth or earth born in Greek,

Who was URANOS and who was GAIA

to have fathered all these Supermen and women?

Could this URANOS be an alien or a messenger or

a traveler from the stars, possibly from another dimension,

the reason his name means sky or heavens

and GAIA an earth woman? 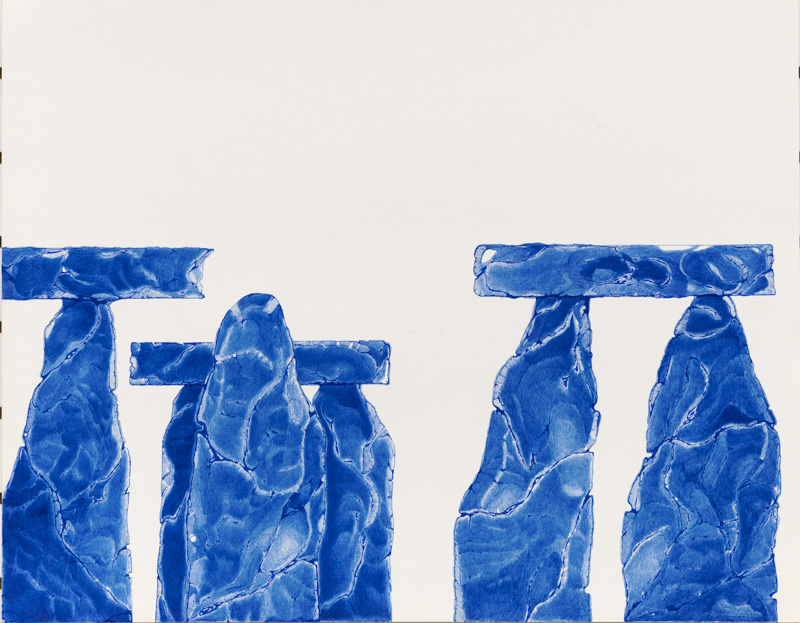 Stones erect of time past

Stones in circle the meaning lost

Can humans erect such stones to last

so long ago in a distant past?

Their size and weight beyond our strength

the quarry from whence they came

to move such stones of massive weight.

All around the world the clues remain.

Stones erect before the flood

Of giants the nephelim’s sons.

for soon destruction is upon their heads.

No more the stones will be erect

spiraling through in the endless space.

Massive stones of so long ago

standing up on the land below.

The currents of time the Giants ride,

their footprints are left from time to time.

From granite stones to outer space,

they travel between the stars so far away.

Only eight passed through the flood

the ancient age that was forever lost.

A new beginning we now start

reaching for the heavens far above

we leave our footprints in the sand.

Obelisks of stone and granite long ago

Today the towers of steel and glass

mark the age of our own time that will soon pass

and send our ships to outer space

from monoliths to Mars and on 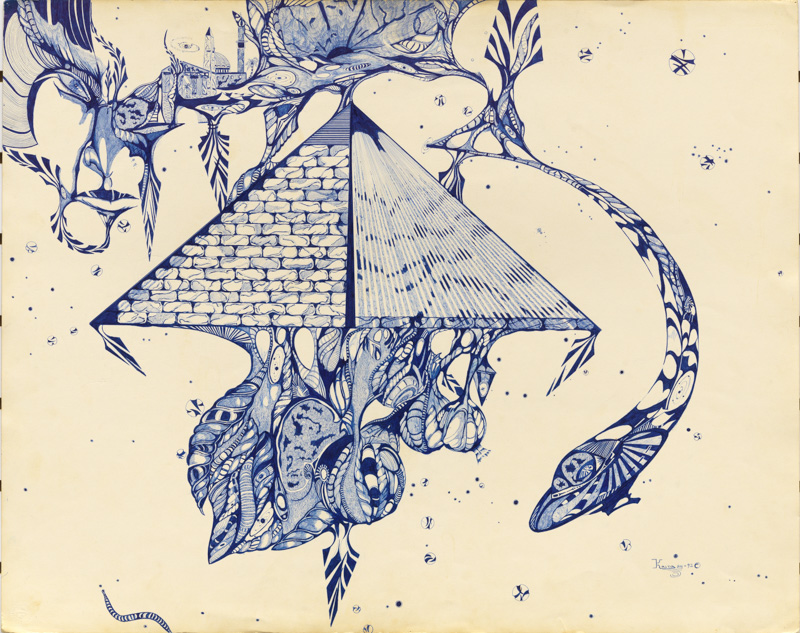 not the tombs of Egyptian kings.

Ancient temples for us to see

are not the work of mortal men.

when they are gazed from high above

to bring Orion to the earth

why would humans do such a thing?

When they were built we could not see from above

to see what they really mean.

From every culture and continent on earth the stories blend,

Myths and Legends are built on truth.

These stones match the stars above

allying themselves in ancient past 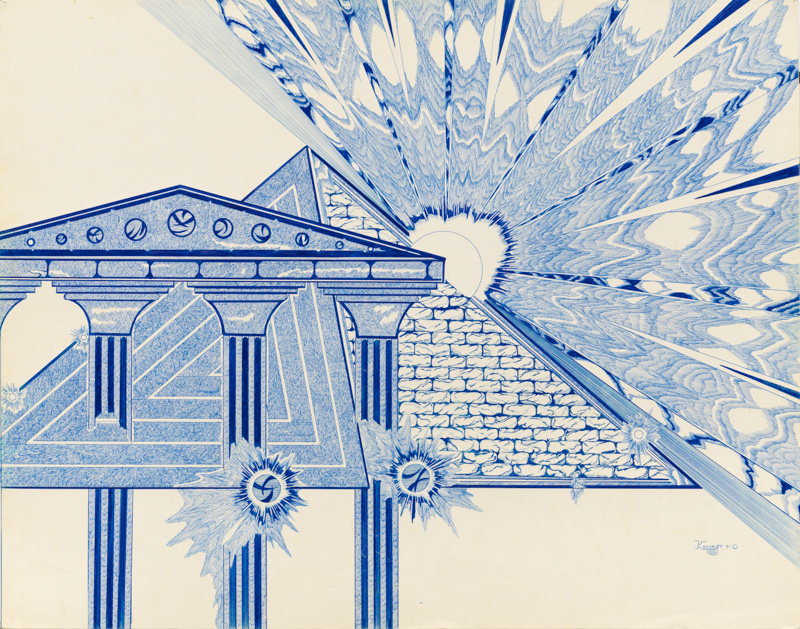 On top of Mount Olympus the gods reside.

Across the galaxy the Titans ride.

They come and walk among the stones of fire

and cross the oceans of space.

With power of flight around the world,

They lift the stones of mammoth size

To duplicate the stars in their own eyes

building cities for themselves like a ring around the earth

across the seven seas.

They looked down and saw the daughters of men;

took for themselves of all whom they chose,

What is their goal?

Maybe a new race on earth. 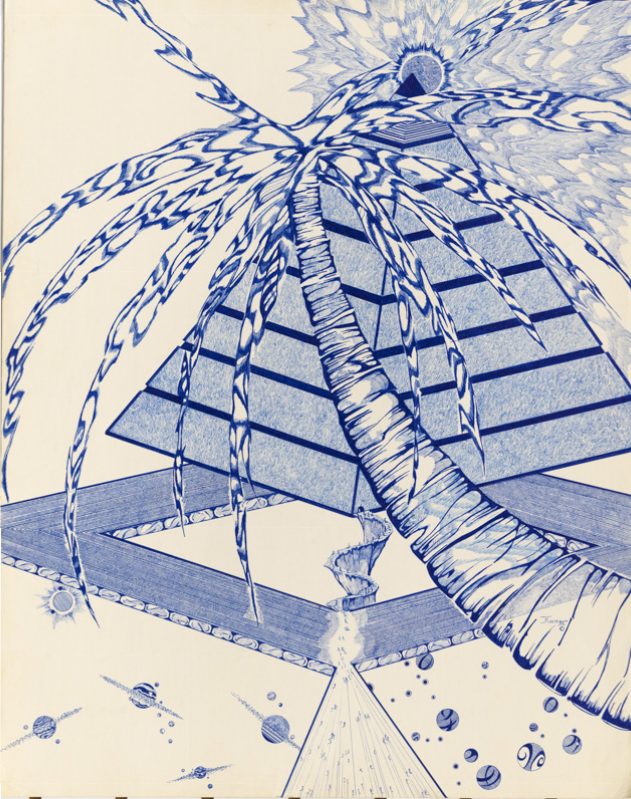 An image of power

Where does the knowledge come from to design and build

constellations of stars on earth?

We find it around the world on different continents

and yet the configuration remains the same,

the constellation of Orion.

If it is a tomb for pharaohs, where is the sarcophagus?

Second, there are no markings representing

the Pharaoh buried within, and

It has puzzled us for eons.

The evidence is overwhelming.

It is beyond our human ability to build pyramids.

Why would they spend 80+ years for a tomb?

These pyramids duplicate a constellation.

They aligned themselves only at 10,500 BC 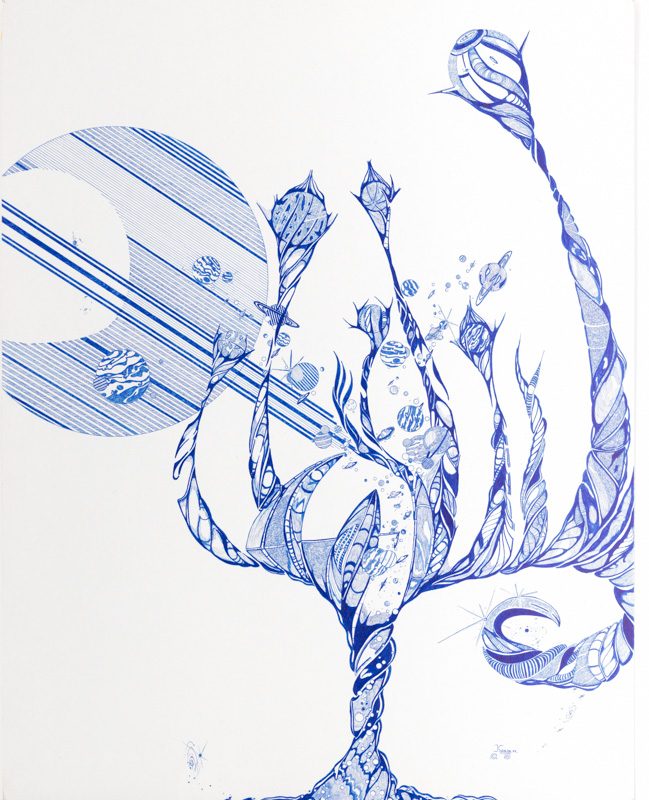 From time past to present day,

we look above the endless space,

we give them names and such

To get the answers the psychics say,

What is your birthday?

Why are we looking up at stars?

They are so far above.

The planets that surround our earth

are stones of fire.

The spirits that we cannot see

create deception for you and me.

They feed us with truth and lies

to make us think that we are so wise.

To place our hope and guide our lives

to keep us blind in hopeless lies.

The sons of EL’ have come to earth to place us

in the matrix shell.

To make us think that we can guide our lives

from constellations that surround our sky. 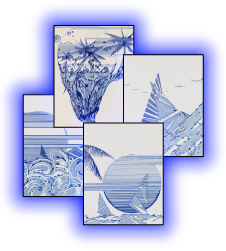 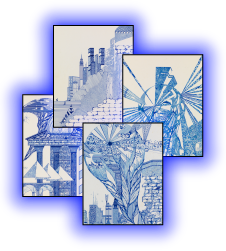 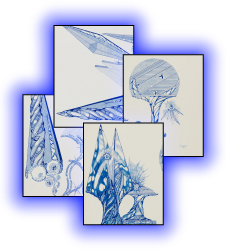 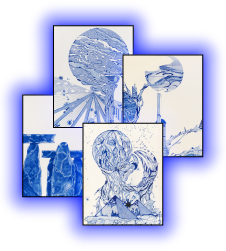 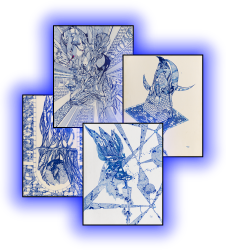 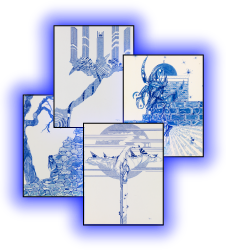